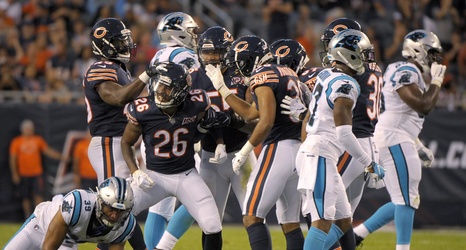 The Sun-Times’ experts offer their picks for the Bears’ game Sunday at the Panthers;

Neither team has exactly lit the world on fire, and neither has beaten many quality opponents. But Carolina’s Teddy Bridgewater is second in the league in completion percentage (73.4), and the Bears still aren’t sure about their new quarterback, Nick Foles. Season: 3-2.

The Bears as a 4-1 team somehow does not compute. But nothing much makes sense this season. Foles and Bridgewater are the quarterbacks in this matchup.