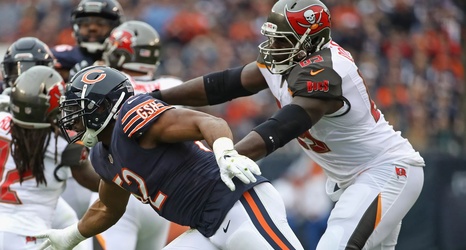 The Sun-Times’ experts offer their picks for the Bears’ game Thursday night against the Buccaneers:

Uh-oh. After looking mediocre the first two weeks of the season, Tom Brady has thrown a combined eight touchdown passes the past two weeks, including five in a victory over the Chargers on Sunday. And Nick Foles is supposed to keep up with that? I don’t think so. Season: 3-1.

Foles vs. Brady — two Super Bowl champions going at each other!