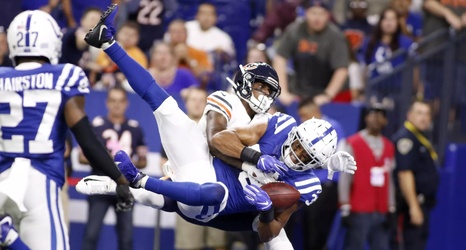 The Sun-Times’ experts offer their picks for the Bears’ game Sunday against the Colts:

What, you thought Nick Foles was going to immediately solve all the Bears’ offensive problems? Perhaps in time but not against the Colts, who lead the NFL with six interceptions, two for touchdowns. The Bears’ defense needs to get to Philip Rivers, who isn’t what he used to be. Season: 2-1.

The thought of the Bears being 4-0, with possibly the best record in the NFC after this weekend, does not compute.