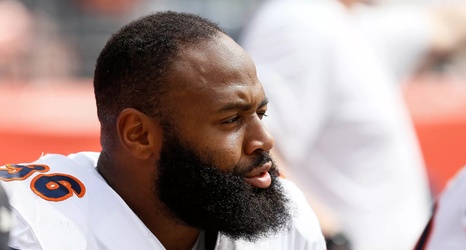 For those scoring at home, yesterday it was Kyle Long to IR, Abdullah Anderson signed to the 53, and Dax Raymond added to the practice squad.