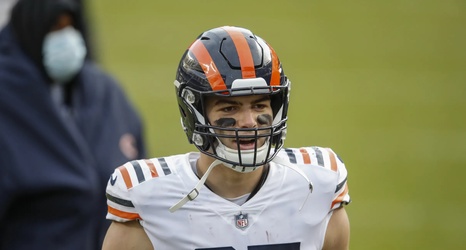 The newest injury concern for the Bears is tight end Cole Kmet’s hamstring issue.
Kmet, who has rarely had a whiff of health trouble since the Bears drafted him last year, missed practice Wednesday. As he did with quarterback Justin Fields’ groin injury, coach Matt Nagy downplayed his absence as merely an “extremely conservative” approach to make sure he’s ready when it matters.
With the Bears still more than three weeks away from their season opener against the Rams, they can afford to take it slowly with players they believe don’t need the reps as much as others.