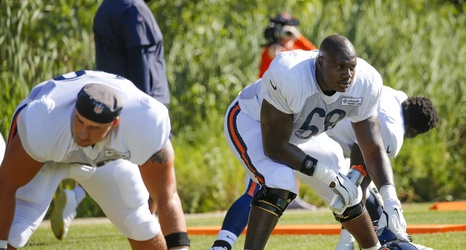 The Bears moved their morning practice to the afternoon Sunday after they said league testing produced nine positive tests among players and test. The Bears said all nine have been proved to be false positives.

“[Sunday] morning we learned yesterday’s Covid-19 testing identified nine players/staff as positive,” the team said in a statement. “We followed additional NFL-NFLPA testing protocol and confirmed all nine results as false positives. Out of an abundance of caution, we postponed this morning’s practice to this afternoon at 1:30pm.”

The NFL singled out the BioReference laboratory in New Jersey for irregular results, though the Bears have said they use a similar lab in Minnesota.