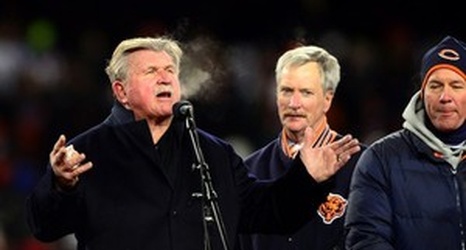 Three years ago Ray Hart was walking along the Chicago River, innocently donning a pair of aviator sunglasses and a grey mustache when he heard some people shouting at him.

"Hey, Coach! Coach!" they shouted at the man who struck a distinct resemblance to Hall of Fame coach Mike Ditka.

"I didn't know what the heck they were talking about," Hart said. "Finally I caught on."

Ever since, Hart has been dressing up head-to-toe in Ditka garb, including his famous sweater and a cigar to match.