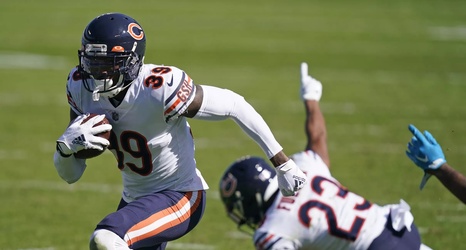 Bears star safety Eddie Jackson’s day included a forced fumble for a takeaway, getting knocked out of the game briefly by an injury (he was fine) and having a pick-six wiped out by penalty for the second time this season.

The highlight of his day would’ve been a pass break-up by cornerback Kyle Fuller that deflected to Jackson at the Panthers’ 17-yard line early in the third quarter. He darted through the Panthers to the end zone, but Fuller was flagged for pass interference for hitting wide receiver Robby Anderson before the ball arrived.

Jackson chimed in later on Twitter that having his touchdown called back “makes no sense.