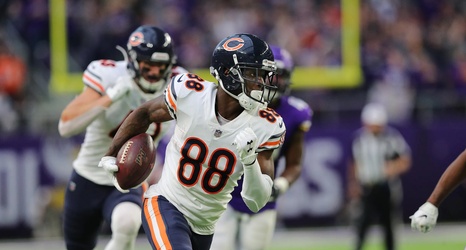 In the last four years, the Bears have either cut or traded receivers that Pace drafted in Round 1 [Kevin White], Round 2 [Anthony Miller], Round 4 [Ridley], Round 6 [Newsome] and Round 7 [Javon Wims and Daniel Braverman].

Darnell Mooney, a fifth-round pick last year who looks to be a steal, is the only homegrown receiver on the Bears’ 53-man, which was submittedTuesday.