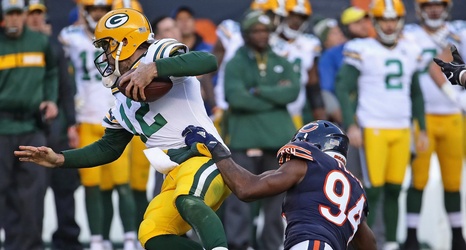 Like so many other first-time general managers, Ryan Pace came in with the right idea.

“In a perfect world, you address a lot of your needs in free agency to open up the draft for the best player available,” Pace said at the scouting combine in 2015, a month after being hired by the Bears.

Pace no doubt didn’t expect a perfect world, but he probably didn’t anticipate one this imperfect. With the imminent signing of Robert Quinn to a reported five-year, $70 million contract and the release of outside linebacker Leonard Floyd, Pace is doing exactly what he wanted to avoid: throwing good free agency money after failed or underperforming draft picks.