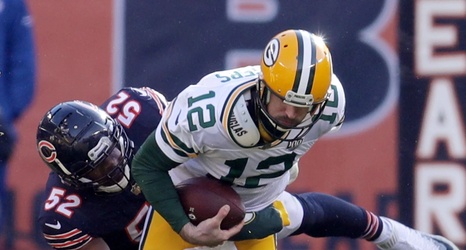 Ryan Pace has been known to be willing to get his guy, no matter what.

Since becoming the Bears’ general manager in 2015, Pace has generally proven that, if he finds a prospect he likes in the draft, he is aggressive in trying to acquire him.

Whether that approach is fruitful or not is fairly inconsistent. Pace has had his moments of genius in acquiring talented players, but he has also shown desperation in moving up in the draft by giving up significant capital.

Pace has made 11 trades on Draft Day over the course of his tenure in Chicago, and only three of them have resulted in Pace trading down.