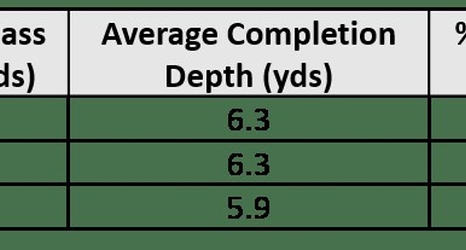 At a surface glance, Chicago’s pass defense was just about the definition of average in 2020. They gave up 64% completion (14th in the NFL), 7.2 yards/attempt (16th), 28 touchdowns (16th), had10 interceptions (23rd), and allowed a passer rating against of 94.9 (20th). They were 21st in Pro Football Reference’s Adjusted Net Yards/Attempt, which accounts for sacks, touchdowns, interceptions, and yards, and 13th in Football Outsider’s pass DVOA rankings, which is intended to be a one-stop measure of pass defense overall.

A closer look at advanced statistics from Next Gen Stats shows how QBs playing against the Bears played relative to the rest of their games and the NFL average.