8 Bears sit out practice, but Justin Fields was back 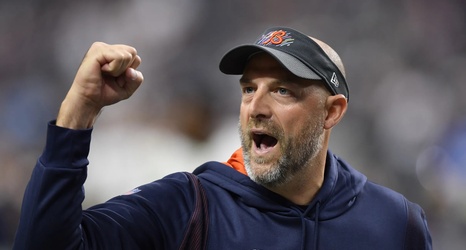 Even with a few extra days to rest up following their Thanksgiving day win in Detroit, the Chicago Bears had eight players sit out practice today at Halas Hall. They face a tough Arizona Cardinals team this Sunday, so they’ll need all hands on deck to take on the NFC’s current number one seed. Here’s are the players the Bears listed as out on Wednesday.

Did not participate in practice

Head coach Matt Nagy said that he doesn't think Smith’s hamstring injury will land him on injured reserve, but the fact that it was discussed isn’t a good sign for him playing this week.