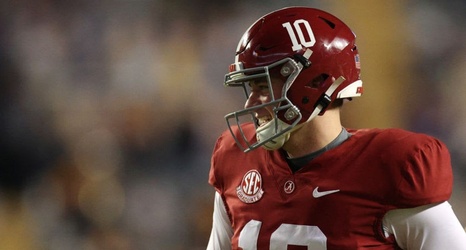 The media hype around Mac Jones has started to grow to the point where it feels as though he is a lock to be drafted by the 49ers third overall. However, if you have paid attention to the draft season for more than one year you know that this is the prime lying season and that when we all believe something, it is more than likely not going to happen.

One of the biggest reasons that Mac Jones has been tied to the 49ers is the label that he is a scheme fit for Kyle Shanahan.