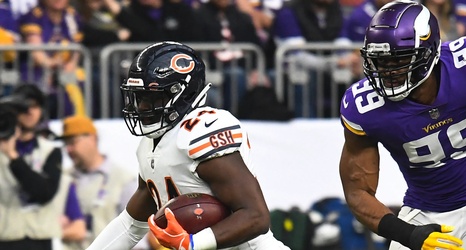 The Chicago Bears have seen some great players at running back. Gale Sayers, Matt Forte, and (of course) Walter Payton come to mind. Chicago is a town almost preconditioned to love running backs, and so it makes a certain amount of sense that fans of Windy City football tend to gravitate toward the men who carry the rock.

However, the running backs of the Ryan Pace era have been hugely overrated. As a group, I consider them to be the most overrated Bears.

Jeremy Langford was overrated by a fanbase that thought he could actually be a starting-caliber player.