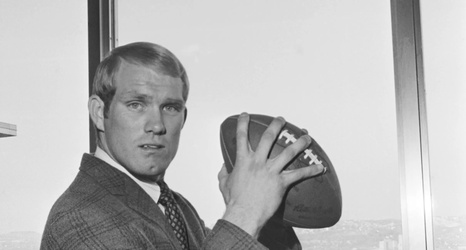 The year is 1969, and the Chicago Bears had a team with some talent. Future Hall of Famers Gale Sayers and Dick Butkus both had All Pro seasons. The defense had some additional talent with the likes of Doug Buffone and Ed O’Bradovich, but on offense, outside of Sayers, the Bears had very little.

While they had some pieces, they didn’t have enough, and even with some of that top-end talent, the Bears had a dismal season and wound up with a 1-13 record, which was good for a last place tie with the Pittsburgh Steelers, a woeful franchise with 1 playoff appearance in almost 40 years of existence.