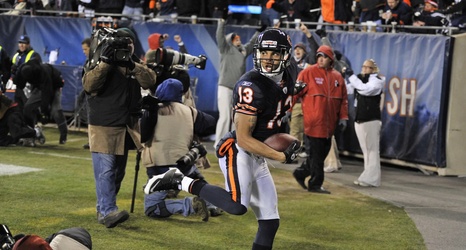 Johnny Knox belonged in the NFL because of one thing: speed. There are a lot of traits that will set one up for success as a professional football player. No one’s getting anywhere without a healthy resilience, the ability to digest and learn complex responsibilities, or a picture-perfect physique. But speed? Speed kills. Speed can’t be taught. You either have it, or you don’t. Speed makes you not only the most important man on the field, but the most dangerous. Knox had it in spades.

A Texas high school football standout and Division II dynamo at Abilene Christian University, Knox made his living by humiliating defenders over the top.