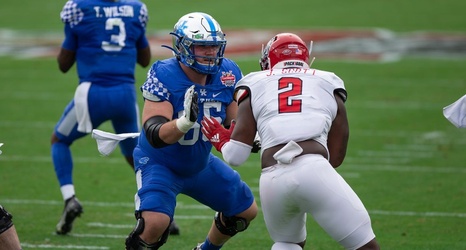 The Bears have very clearly been in a “win-now” mode this offseason.

With Ryan Pace and Matt Nagy’s jobs likely on the line heading into the 2021 season, the current regime has presumably been looking for talent to help them get over the hump and take that next step into being a legitimate playoff team.

Given their cap situation, though, it has been difficult for them to do so. One can argue that they only really got better at quarterback with their Andy Dalton signing, and while that position is a major one to upgrade at, said upgrade may not prove to be a massive one.