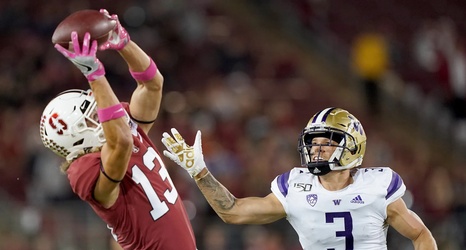 Regardless of when they do it, it’s likely the Bears will take a wide receiver in the 2021 NFL Draft.

With Anthony Miller potentially serving as trade bait and neither Javon Wims nor Riley Ridley having shown much as rotational weapons, the Bears could stand to upgrade their current group of wide receivers. Allen Robinson has established himself as a quality No. 1 target, and Darnell Mooney put together a very good rookie campaign. The former is currently on the franchise tag, though, leaving his long-term status with the team up in the air.

However, for as much as the Bears could use a new wide receiver or two, they also have other needs on their roster.