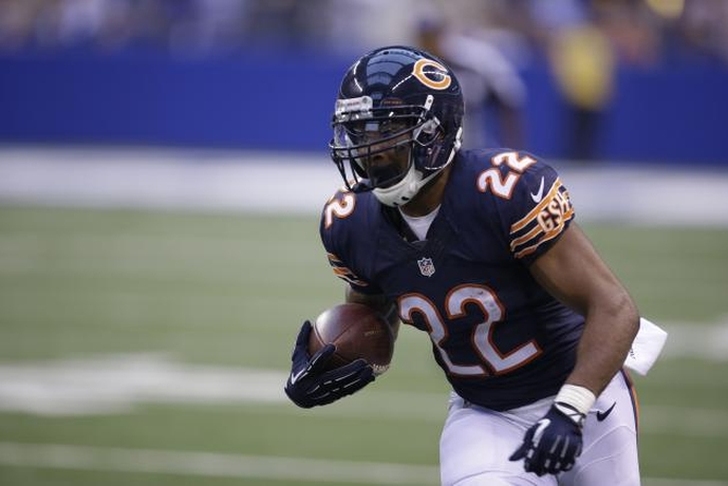 The Chicago Bears are willing to trade star running back Matt Forte for the right price, according to Jason La Canfora of CBS Sports:

"With a purge already begun this week, the rebuilding Bears are not averse to dealing star running back Matt Forte, according to a source with knowledge of the situation. While Chicago is not marketing the player around the league, he could be had for the right price.

"'They're not just going to give him away,' he said. 'There has to be value in the trade. It won't just be a salary dump.'

"Some teams that were in contact with the Bears on other trades said that Forte was not offered to them during those discussions, and he is not being shopped around. But if teams broach the topic, according to the source, the Bears will listen."

The Dallas Cowboys reportedly reached out to the Bears about a potential deal for Forte last week, but talks never went far.

Forte has rushed for 387 yards and a touchdown on 84 carries to go along with 13 catches for 133 yards. He has been the Bears starting running back since being drafted by Chicago in the second round of the 2008 NFL Draft.