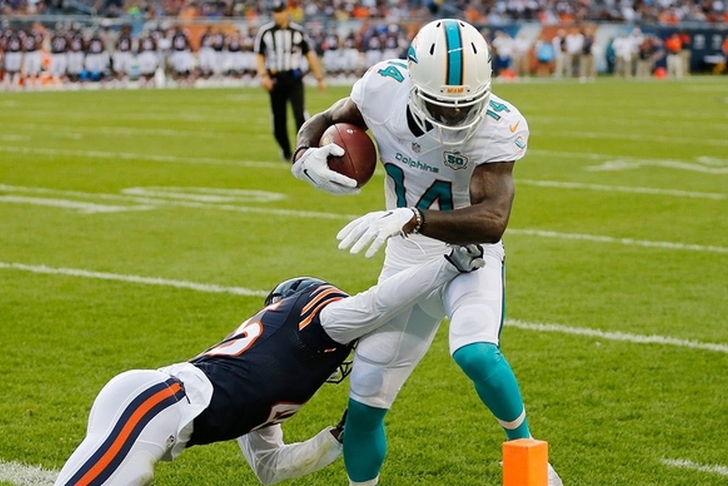 The Miami Dolphins have been exploring trade possibilities for wide receiver Jarvis Landry this week, and they're in talks with the Bears about a deal that would send him to Chicago for running back Jordan Howard, according to John Mullin of NBC Sports Chicago.

Whispers are that the Bears and Miami Dolphins have had conversations about the Dolphins sending wide receiver Jarvis Landry and a third-round pick to the Bears in exchange for Howard and a swap of the Dolphins pick at No. 11 overall for the Bears’ at No. 8.

Chicago has been looking for upgrades at wide receiver this offseason in an effort to help quarterback Mitch Trubisky's development. They were projected to take a wide receiver with the No. 8 pick in the draft but acquiring Landry would mean they would likely look elsewhere.

Landry led the NFL with 112 catches for 987 yards and nine touchdowns. It is the second time in three years he caught over 110 passes in a season.

Howard became the first Bears running back to rush for over 1,000 yards in each of his first two seasons in the league, but new head coach Matt Nagy is reportedly concerned about his ability to fit into his West Coast offensive system which requires backs to also be receiving threats out of the backfield.

However, the Bears don't want to deal him, according to NFL Network's Ian Rapoport.

Worth noting: There is zero desire by the #Bears to trade RB Jordan Howard, sources say. Doesn’t sound like there will be any splashy Jarvis Landry for Howard deal.

Howard rushed for 1,122 yards and nine touchdowns on 276 carries last season but only caught 23 passes for 125 yards.

Miami is in need of a starting running back after trading Jay Ajayi to the Philadelphia Eagles last offseason.