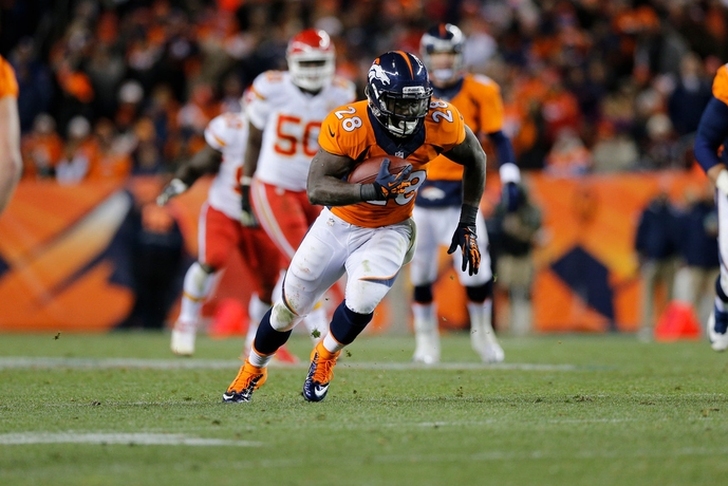 The Chicago Bears are currently evaluating options at running back with #1 RB Matt Forte's status still up in the air after he suffered a knee injury against the Minnesota Vikings on Sunday.

One options they're reportedly kicking the tires on right now is former Denver Broncos #1 back Montee Ball, per Chris Mortenson of ESPN:

With Forte injured, Bears discussing Montee Ball, who was in Denver with John Fox. Wait and see here.

Ball was drafted in the second round by Denver back in 2013 and was tabbed to take over the starting job for the team last season before injuries cut his season down to just five games. He was waived by the team in September when the Broncos set their first 53-man roster.

The 24-year-old Wisconsin product's two years with Denver came with HC John Fox and offensive coordinator Adam Gase in tow. Both men are now with the Bears, so it makes a fair amount of sense that he's popped onto their radar.

However, even if Ball is added to the team, expect Jeremy Langford to still see a fair amount of carries. Either way, the Bears don't anticipate that Forte's injury will cost him the rest of the 2015 season, so Ball may be tabbed simply as a temporary replacement.