Ranking The 5 Hardest Games On The Chicago Bears’ 2018 Schedule 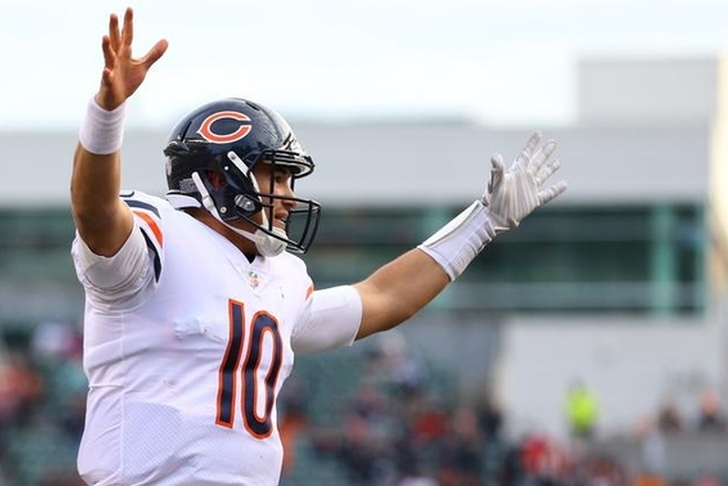 The Chicago Bears had a largely disappointing season in 2017, but with quarterback Mitchell Trubisky showing promise late in the season and some key pickups this offseason, some believe the Bears are capable to making the playoffs in the first year under new head coach Matt Nagy. Will they be able to make it there? These are the five hardest games that will likely stand between the Bears and a postseason berth:

5) at San Francisco 49ers - Week 16
San Francisco is going to be a much-improved team battling for a playoff spot at this point in the season. I trust Garoppolo more than Trubisky and the 49ers more at home than the Bears on the road.

4) at Green Bay Packers - Week 1
The only reason the Packers missed the playoffs this season was because of the injury to Aaron Rodgers, but he'll be back and playing at the elite level we've come to expect from him. I believe these two will split the season series but the Packers will win this at Lambeau.

3) vs. Los Angeles Rams - Week 14
The Rams had the league's best offense in 2017 and should be just as good in their second year under head coach Sean McVay. Todd Gurley is one of the best players in the NFL and LA's high-flying passing attack should test a Bears defense that was very vulnerable last season. Trubisky will likely struggle against the Rams defense as well.

2) at Minnesota Vikings - Week 17
While the Bears would like to end the regular season with a win - in a game that could decide their postseason fate - I don't see them winning against a Vikings team that does not appear to have any real weaknesses. Barring injury, Minnesota is the superior team in virtually every facet.

1) vs. New England Patriots - Week 7
Yeah...no matter how much Chicago has improved, they still have a long way to go to get on New England's level. Even though it's a home game for the Bears, this is around the time of the season when Tom Brady & Co. are rounding into form. I don't expect Chicago's secondary to be up to the task of stopping this offense.