Jay Cutler May Miss Rest Of Season With Shoulder Injury 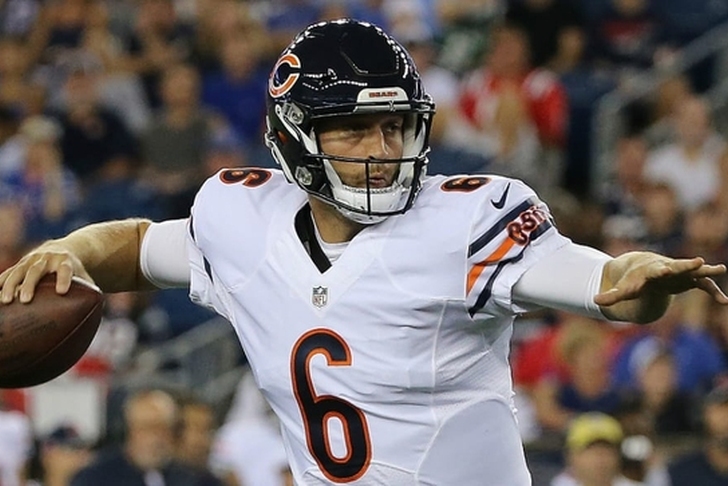 Chicago Bears quarterback Jay Cutler suffered a shoulder injury in their loss to the Giants on Sunday, and the injury could be season-ending, according to Brad Biggs of the Chicago Tribune:

The Chicago Bears will have a major decision to make in regards to Jay Cutler at the end of this year -- but now the quarterback’s 2016 season could be ended prematurely.

Multiple sources told the Tribune that Cutler suffered a shoulder injury in Sunday’s 22-16 loss to the New York Giants at MetLife Stadium. Cutler was able to finish the game and was intercepted by safety Landon Collins on the final offensive play but the Bears were working to learn more about his injury on a hectic Monday at Halas Hall.

Now, Cutler is injured for the second time this season and could be the third quarterback to suffer a season-ending injury. Cutler has been a quick healer with other injuries throughout his eight seasons with the franchise but missed five games earlier this season with a right thumb injury when the coaching staff seemed determined to roll with Brian Hoyer before he suffered a broken left arm. Connor Shaw suffered a broken leg in the third preseason game.

The Bears reportedly plan to part ways with Cutler at the end of the season, but kept him on the roster to start with Hoyer's injury.

Now, backup Matt Barkley is the only healthy quarterback currently on the roster. They also Josh Woodrum under contract, who was signed to the practice squad last week as an undrafted free agent out of Liberty.

Cutler has passed for 1,059 yards with four touchdowns and five interceptions in five games this season. Barkley has appeared in one game for the Bears this year, completing 6/15 passes for 81 yards and two interceptions.