Jay Cutler To Have Shoulder Surgery, Will Miss Remainder Of Season 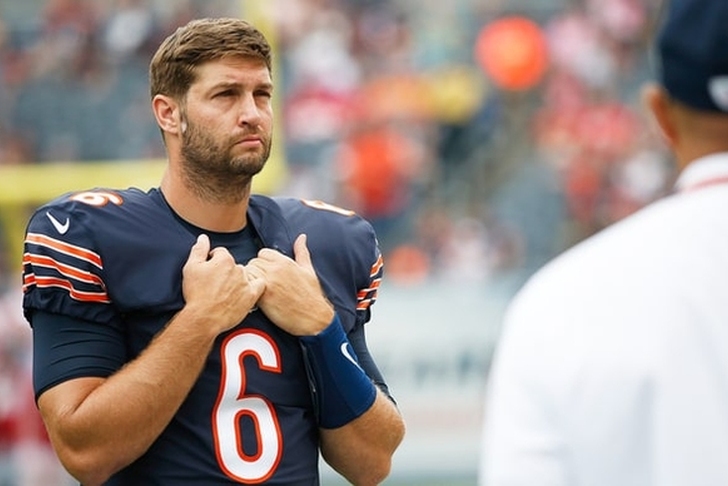 Chicago Bears quarterback Jay Cutler suffered a torn labrum in their loss to the Giants two week ago, and now is having season-ending surgery to repair it, reports NFL Network's Ian Rapoport:

#Bears QB Jay Cutler will undergo surgery on a torn labrum and is done for the season. What they expected all along.

A week after #Bears coach John Fox said Jay Cutler’s injury was not season ending, Cutler’s season is over. It’s Matt Barkley from here on

The Bears reportedly plan to part ways with Cutler at the end of the season, but kept him on the roster after backup Brian Hoyer suffered a broken arm. Now, third-string Matt Barkley is the team's starting quarterback with David Fales serving as his backup.