Here Are 3 Bears Veterans On The Roster Bubble 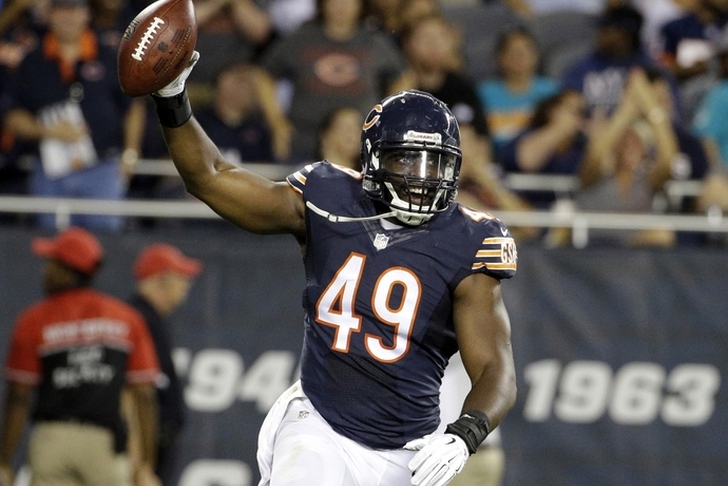 Each year, several veterans end up getting cut or traded by their teams before the start of the regular season. That will likely be the case this year for Chicago Bears. The Bears are rebuilding and could pick youth over experience at a few spots on the roster. The addition of Jordan Howard via the NFL Draft might cost Rodgers his job. Jeremy Langford and Ka'Deem Carey are in, and it'd be a bit of a surprise to see the Bears carry four RBs. He'll fight for a roster spot, but lacks the upside of the other three. 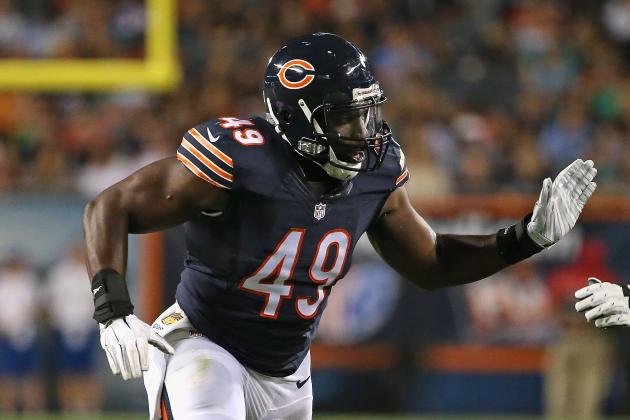 The Bears re-signed Acho this offseason, but the selection of Leonard Floyd could mean Acho misses the roster cut. Floyd, Pernell McPhee, Willie Young and Lamarr Houston are all going to make the roster. That leaves Acho as the odd man out, unless the Bears wan to carry five OLBs. It doesn't look promising for Acho.

The Bears' complete overhaul of the inside linebacker spot doesn't bode well for Jones. Danny Trevathan and Jerrell Freeman are the starters, and fourth rounder Nick Kwaitkoski is all but assured of a roster spot. Jones was benched at the end of the season in favor of John Timu, a less-than-promising sign. Jones has a chance to make the roster, but it's not going to be easy.