Game-By-Game Prediction Of The Chicago Bears' Record For 2018 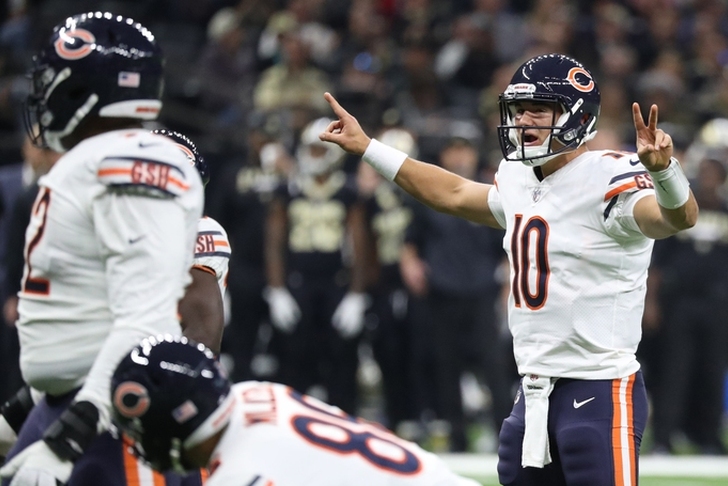 The Chicago Bears had a largely disappointing season in 2017, but with quarterback Mitchell Trubisky showing promise late in the season and some key pickups this offseason, some believe the Bears are capable to making the playoffs in the first year under new head coach Matt Nagy. Will they? Here's a game-by-game prediction of the Steelers' schedule this year:

The only reason the Packers missed the playoffs this season was because of the injury to Aaron Rodgers, but he'll be back and playing at the elite level we've come to expect from him. These two will split but the Packers will win this at Lambeau.

Another team in major rebuild mode, Seattle stripped most of their defense and still don't have many offensive weapons outside of Russell Wilson. Still, though, they have a slight talent advantage over Chicago and that defense should give Trubisky a hard time.

The Cardinals will be one of the worst teams in the league as they undergo a rebuild. Their offense doesn't have a great go-to option (Larry Fitzgerald isn't that anymore) and their defense isn't as great as it once was.

If Jameis Winston holds onto the ball, the Bucs usually win. If they get consistent play out of him and their new defensive additions contribute as expected, Tampa Bay could be a dangerous team.

The Dolphins are expected to take another step back in 2018 after they parted with many of their top players including Jarvis Landry and Ndamukong Suh. The Bears should have no problem after the bye.

Yeah...no matter how much Chicago has improved, they still have a long way to go to get on New England's level.

It appears that the Jets have their quarterback of the future in Sam Darnold but the rest of the team still needs to be upgraded.

The Bills don't have many offensive weapons and are rebuilding their defense. Trubisky and Chicago's offense should have a field day against them.

Just like with Green Bay, I expect these two division rivals to split with the Bears getting the edge at home.

Chicago's time above .500 will come to a halt after just one week against a Vikings team that does not appear to have any real weaknesses. Barring injury, Minnesota is the superior team.

The Lions will get their split with the Bears at home on Thanksgiving. The short week will hurt Chicago.

New York will be better this year but, assuming their secondary doesn't suddenly improve, this will be a showcase game for Trubisky.

The Rams had the league's best offense in 2017 and should be just as good in their second year under head coach Sean McVay. Todd Gurley is one of the best players in the NFL and LA's high-flying passing attack should test a Bear defense that was very vulnerable last season.

The return game of the series, the cold weather should limit Green Bay's passing attack and Chicago will be desperate to keep their playoff chances alive. That extra motivation will push them to a narrow win.

San Francisco is going to be a much-improved team battling for a playoff spot at this point in the season. I trust Garoppolo more than Trubisky and the 49ers more at home than the Bears on the road.

Another game in which the Bears will simply be overmatched on the road.