Chiefs vs. Bears: 3 Things We Learned From Each Team 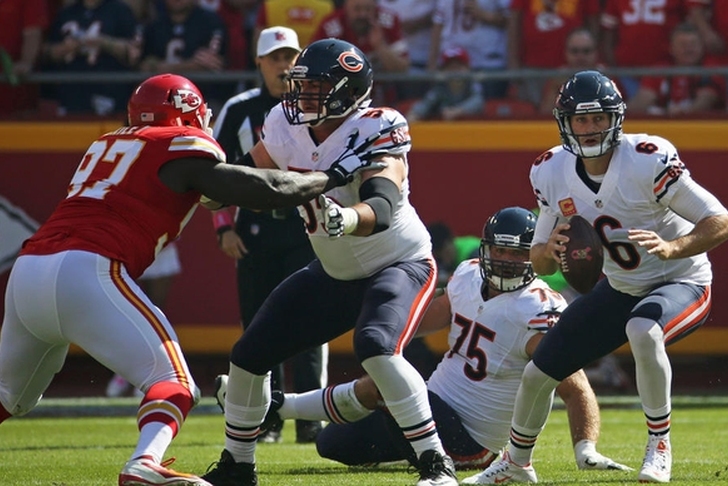 The Chicago Bears upset the Kansas City Chiefs, 18-17, thanks to 15 unanswered to close the game. The Chiefs are now 1-4, while the Bears improve to 2-3. Here are three things we learned from each team in the Bears' win.

Jamaal Charles is likely done for the year. The Chiefs believe Charles tore his ACL, which would cost him his season. It's a bad break for Charles, who was KC's best weapon. The Chiefs will miss him.

Charcandrick West will get the majority of the carries. Unless the Chiefs sign someone, expect West to get the bulk of the carries. That might surprise casual Chiefs observers, as Knile Davis had been the backup until recently. West isn't Charles, and few are, but he'll get a chance to prove what he can do.

The Chiefs' playoff chances took a major blow. By starting 1-4, the Chiefs seriously hurt their playoff chances. The Chiefs played three straight undefeated teams, but were supposed to rebound with a win over the Bears. They failed to do that, and with no Charles, have a steep climb to reach the playoffs.

Jay Cutler can still play. Everyone loves to hate on Cutler, but he's played pretty well this season. He had a solid game against the Chiefs, and he's the biggest reason the Bears won.

Who Cameron Meredith is. Only die-hard Bears fans knew who Meredith was. He's a rookie out of Illinois State, who caught four passes for 52 yards. Both are career highs. With Alshon Jeffery and Eddie Royal out, Meredith was pressed into duty.

The Bears could use Alshon Jeffery. Not having Jeffery is making things harder on the offense. Marquess Wilson is playing well, but Jeffery is the only true No. 1 WR on the active roster. The Bears need him back soon. If Jeffery returns, coming close to .500 is a possibility.