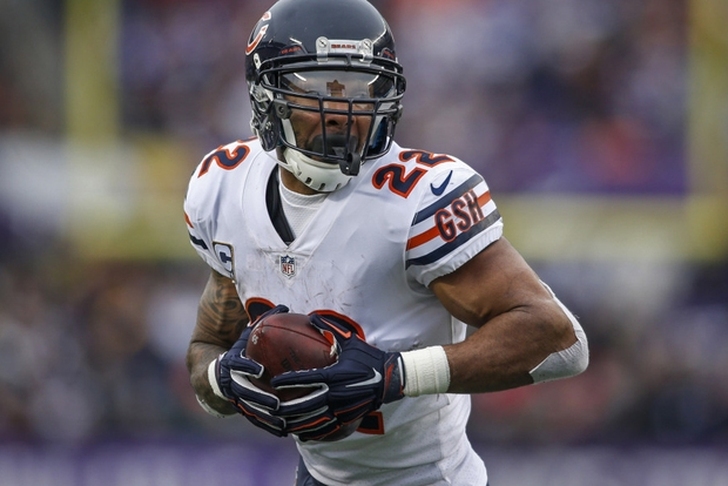 The Chicago Bears have decided to part ways running back Matt Forte, electing not to re-sign him and allowing him to become a free agent this offseason, Forte announced on Instagram.

"Despite my wishes, my days as a member of the Chicago Bears have sadly come to an end," Forte wrote. "I was informed earlier this week from the GM that they will not be attempting to re-sign me in free agency. I will remain forever grateful for my time spent in Chicago and being able to play for an organization with such a rich history. My only regret is not being able to win a Lombardi trophy for the best fans in all of sports. I'm excited about the next chapter of my NFL career. But, Chicago will always be home. God Bless and Bear Down!

Forte has been extremely productive during his eight years in Chicago, but he hit the magic number for running backs when he turned 30 in December. Historically, the play of running backs decline after they reach that age.

However, Forte has showed no signs of slowing down. He picked up 898 yards and four touchdowns on 218 carries in 13 games this past season, along with 44 catches for 389 yards and three more touchdowns.

Jeremy Langford is expected to take over as Chicago's starting running back next year. He ran for 537 yards and six touchdowns on 148 carries in a backup role this season.