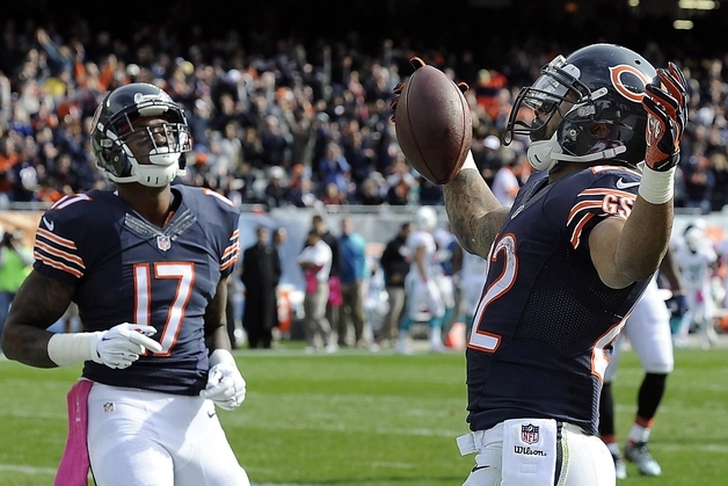 The Chicago Bears are in full-on rebuilding mode was they head into the second year under head coach John Fox, and there are several things they need to do this offseason to improve upon their 6-10 record in 2015 and contend for the playoff spot. Here are four things the Bears must do to have a successful offseason:

4) Dowell Loggains needs to keep Jay Cutler playing at a high level
Cutler had one of the best seasons in his career with the Bears under offensive coordinator Adam Gase last season, passing for 3,659 yards and 21 touchdowns to just 11 interceptions - his lowest mark since 2011. Loggains was the QB coach under Gase last year, but Gase got all of the credit for helping Cutler turn his career around. If Loggains can keep that momentum going by utilizing the same system, Cutler should be very productive again in 2016.

3) Re-sign Alshon Jeffery, Matt Forte
Jeffery and Forte have been Chicago's two biggest offensive contributors for the past few seasons (Forte for longer), and both are scheduled to be free agents this offseason. The case could be made to let Forte walk since he's 30 years old and Jeremy Langford was productive in his rookie year, but having that two-headed monster in the backfield was very beneficial to Cutler - not to mention that Forte is a leader in the locker room.

Then there's Jeffery, who has emerged as a true No. 1 receiver in Chicago and would form an excellent pairing with Kevin White next year. Both 6'3", Jeffery would provide the jump-ball, possession receiver to White's speed, giving Chicago one of the best duos in the league. Plus, he's only 25. You don't let game-changers like him get away.

2) Find a viable offensive tackle
Charles Leno proved to be a surprise at left tackle last year, but the Bears need someone to play on the right side. Kyle Long is much better suited at the guard position, and Jerome Bushrod isn't good enough anymore to be a full-time starter. Expect the Bears to spend their first round pick on a tackle.

1) Add one or two impact players to the defense
The Bears' biggest rebuilding effort was needed on the defensive side of the ball, and while there are promising pieces in place, they need more help at outside lineback and in the secondary. Pernell McPhee was a perfect fit in Chicago, but they don't have anyone else who is a starting-caliber 3-4 outside linebacker. Meanwhile, starting cornerback Tracy Porter is 30 years old and entering free agency, and they need to find a better starter they can put with Kyle Fuller. They'll likely try to address these needs both in free agency and in the draft for depth.