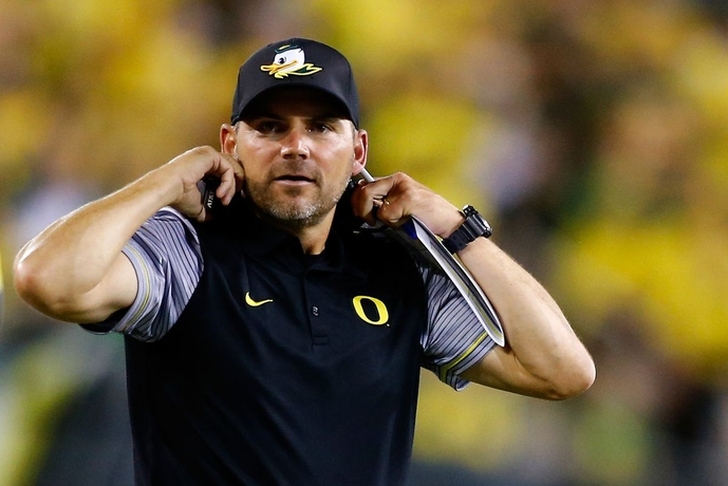 The Chicago Bears have hired Mark Helfrich as offensive coordinator according to ESPN's Adam Schefter. Chicago has been busy the past week hiring new head coach Matt Nagy on Monday and Helfrich today. The Bears are hoping a new coaching staff can turn around a team coming off a 5-11 season where they finished last in the NFC North for the second year in a row.

Are you a die-hard Bears fan? Prove it, Like Chicago Bears by Chat Sports

Helfrich enters the NFL after spending some time away from football following a rough 2016 season with the Oregon Ducks. He was the Ducks quarterback coach for eight seasons and offensive coordinator for four years under Chip Kelly. Once Kelly left for the NFL, Helfrich was promoted to head coach of Oregon.

A large reason why Nagy was hired to be the Bears HC is to groom second-year quarterback Mitchell Trubisky. Now Nagy has found another coach with successful experience developing a quarterback with Helfrich, who helped Marcus Mariota at Oregon. The hiring of Nagy and Helfrich in one week has to be a great sight to see for Trubisky.