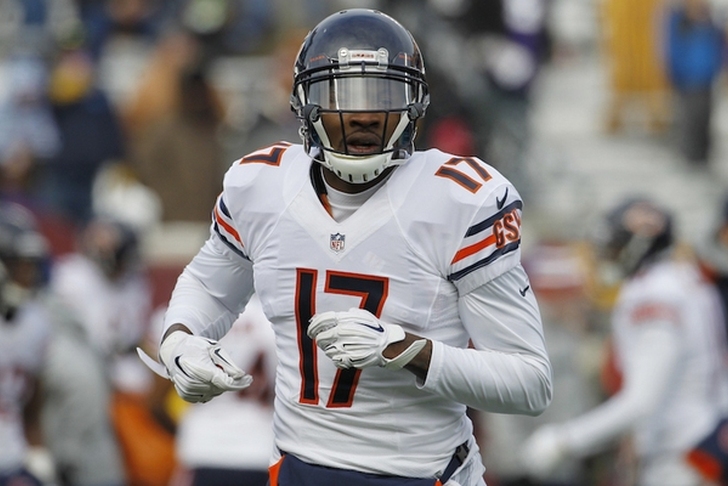 The Chicago Bears hold the No. 3 overall pick in the NFL Draft after a disappointing 2016 campaign, and are looking to draft several young players that can contribute going into next season. It figures to be an offseason of transition for the Bears, who are expected to part ways with quarterback Jay Cutler and wide receiver Alshon Jeffery. With the draft fast approaching, here are all the latest Bears rumors you need to know from Chat Sports.

Chicago looking to replace Jeffery
The Bears are not going to use their franchise tag on Jeffery for the second straight year, allowing him to enter free agency instead. They are also not expected to be able to re-sign him on the open market, meaning they will look to replace him through the draft. Clemson's Mike Williams may come into play with that No. 3 overall pick for them.

Bears expected to draft QB early
Chicago is also contemplating drafting a quarterback with that pick, but even in a weak quarterback class, ESPN's Jeff Dickerson says that the Bears are likely to draft a QB in one of the early rounds.

The Bears have to get serious about drafting a quarterback. After eight years with Jay Cutler, Chicago is ready to move in a different direction. The club might explore a trade with New England for Jimmy Garoppolo, or they could look to sign another veteran quarterback such as Brian Hoyer or Mike Glennon. But regardless, the Bears need an infusion of young talent. Chicago has drafted only four quarterbacks since 2005 -- Kyle Orton, Dan LeFevour, Nate Enderle and David Fales. None remain with the team. The Bears can no longer ignore the most important position in all of sports. At some point -- probably in the early rounds -- the Bears are expected to address the need (unless they hit a home run and trade for Garoppolo).

Once the Bears part ways with Cutler, they will have none of their top three quarterbacks on the roster. Both backup Brian Hoyer and third-stringer Matt Barkley are free agents.

Chicago gets zero compensatory picks
The NFL revealed all of the compensatory picks awarded for the 2017 draft, and the Bears did not receive one. The picks are given to teams who lose players in free agency, and the picks fall between the third and seventh round based on the value of the player who leaves in free agency. They will get one if Jeffery signs elsewhere.

2017 marks the eighth straight year the Bears have not received a compensatory pick.

Follow our Chicago Bears news page for all the latest Bears draft news!