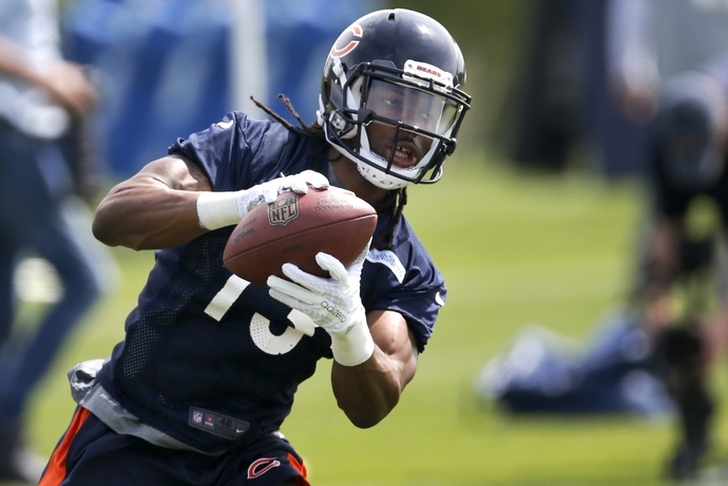 The Chicago Bears have been without the services of WR Kevin White all season long, as the rookie suffered a stress fracture in his shin in August that needed surgery. The Bears placed him on the Physical Unable to Perform list and he might make his long-awaited NFL debut this weekend.

White started practicing two weeks ago, during the three-week window that allows players on the PUP list to practice without counting against the 53-man roster limit. White started participating in 11-on-11 drills this week. The Bears have until Tuesday to activate White or place him on injured reserve.

It's far more likely the Bears active White in the near future. White was the No. 7 overall pick in the 2015 NFL Draft out of West Virginia and the Bears want to get him playing time. He was expected to pair with Alshon Jeffery this season, but that never happened. The Bears aren't out of the playoff race yet and need help in the passing game. The team has just one touchdown pass in the last three games.

In White's absence, the Bears have leaned heavily on Alshon Jeffery and TE Martellus Bennett, who was recently placed on I.R. Jeffery has caught 47 passes this season, despite playing in just seven games. Bennett caught 53 before his season ended. WR Eddie Royal has caught 26 passes in six games, while WR Marquess Wilson reeled in 28. The Bears have also asked RBs Matt Forte and Jeremy Langford to play a role in the passing game.

If White is able to play, it will likely be on a snap count in the range of 10-15. The news was first reported by Aaron Leming.