Bears Week 1 Outlook: 5 Things To Look For Against The Packers 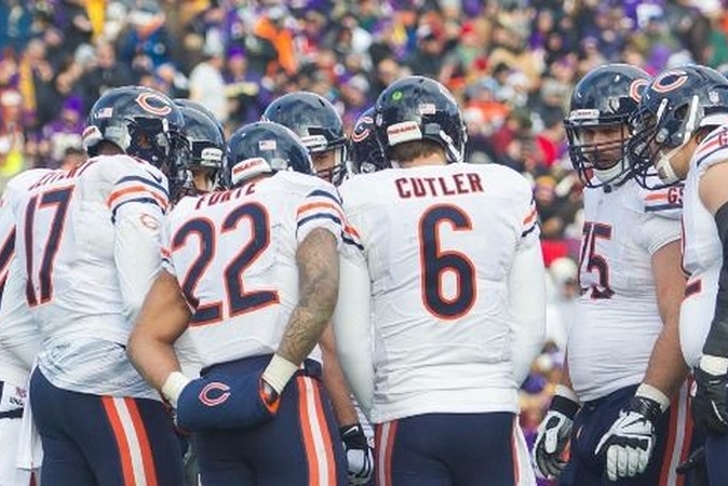 The Chicago Bears will host the Green Bay Packers in their season opener on Sunday, and the Bears are hoping to get off to a good start under new head coach John Fox. Here are five things to look for in the matchup:

The 3-4 defense that's being installed by new coordinator Vic Fangio will look drastically different for Bears fans, but that's a good thing. Several new players should great fits for the defense. Rookies Eddie Goldman and Jarvis Jenkins are talented, while Jay Ratliff had success in Dallas and Pernell McPhee had 7.5 sacks last season, despite playing limited snaps for the Ravens. If those guys can produce at a high level, the Bears have a chance.

4) How does the new coaching staff look?

New head coach John Fox has brought a great staff with him to Chicago with offensive coordinator Adam Gase, who had the same position with the Broncos last year, and defensive Vic Fangio, who spent the lost few years with the 49ers. Both Gase and Fangio were rumored for head coaching jobs this offseason and are some of the best coordinators in the league.

Forte might be 29, but catching a lot of passes like Forte did is easier on the body than running into 300-pound lineman. The Bears are relying on Forte to be more of a runner than a pass-catcher this year to take some of the pressure off of Jay Cutler.

2) How will the offensive line play?

The entire O-line has been shaky for long stretches of training camp, and that manifested itself with inconsistent blocking and 12 penalties for 117 yards in the team's 21-10 loss to the Cincinnati Bengals in their third preseason game, the "dress rehearsal" for the regular season.

“We were killing ourselves with penalties,” starting Jay Cutler said, per ChicagoBears.com's Larry Mayer. “We had second-and-long. We had third-and-long. We were making it tough on [offensive coordinator] Adam [Gase]. It’s hard to dial up plays at that point. Offensively, we’ve got a lot of room for improvement.”

A strong offensive line is the foundation for any good NFL team, so they need to step up for the Bears to have success.

1) What will Jay Cutler do?

Cutler might be the butt of many jokes, but he's still a talented QB. His focus and attitude have been the biggest issue, but the right coach could still get the best out of him. Cutler had his best season under Mike Martz, who mentored Gase - and considering Gase's track record with Peyton Manning, if he can't get Cutler to play well, no one can.