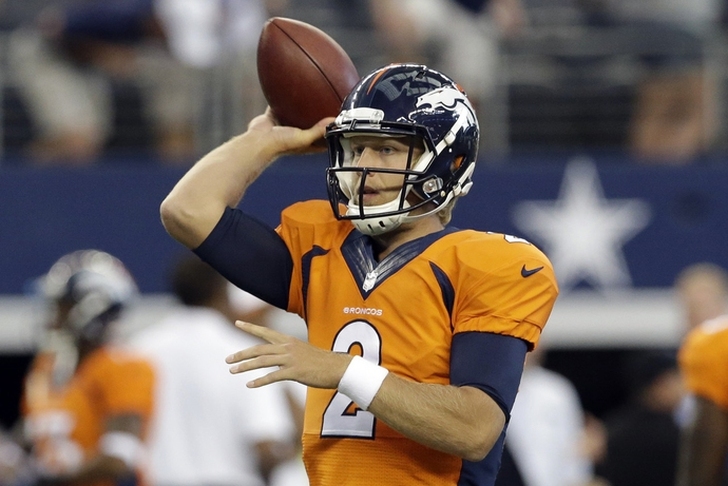 The Chicago Bears have added quarterback Zac Dysert off waivers, according to the Chicago Tribune.

A former seventh round pick out of Miami (Ohio), Dysert spend last season on the Denver Broncos' practice squad. He was cut by Denver Monday morning.

The current Bears' coaching staff is familiar with Dysert, having spent the last two seasons with him in Denver.

Dysert, Jay Cutler, Jimmy Clausen and David Fales are the QBs on the Bears' roster.

If Chicago decides to keep a third QB on the roster, the fourth preseason game will likely determine if it's Dysert or Fales.