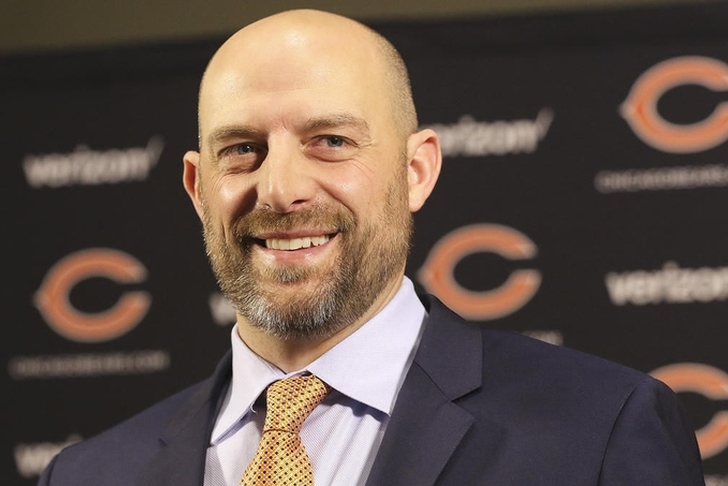 The Chicago Bears fired head coach John Fox at the end of the season and on Monday hired Matt Nagy to be their new coach. The Bears are coming off a 5-11 season where they finished last the NFC North for the second year in a row. The Bears coaching rumors are still swirling as Nagy looks to build his staff. Here are the latest Bears news and rumors you need to know:

Are you a die-hard Bears fan? Prove it, Like Chicago Bears by Chat Sports

The Green Bay Packers were rumored to be interested in Fangio. However, the Packers decided to go with Mike Pettine as their defensive coordinator, which limits the options for Fangio.

The Bears had the ninth overall defense in 2017 and will look to improve on that going forward.

Mitchell Trubisky Led to Nagy's Hiring?
The Bears new coach had nothing but kind words to say about his quarterback and new team on Tuesday. Nagy helped Chiefs quarterback Alex Smith have his best season of his career. He will now have to mold Trubisky to be the franchise quarterback Chicago is hoping for and Nagy knows this, but it isn't the only reason why he is there.

"It's certainly a part of it, but that's not the reason why I'm here," Nagy said Tuesday. "I'm here because of the organization and the direction and I could feel that from the moment I was in that interview process. This is a team game and everyone on this team is just as important as the quarterback, but that was certainly a part of it."

The Chiefs' offense played much better than expected, especially when the team gave Nagy play-calling duties. Just like Doug Pederson before him, Nagy hopes to have the same level of success Pederson has already found.

Harry Hiestand Returning To The Bears?
The last time the Bears reached the Super Bowl, it was due to a strong running game and offensive line. According to Brad Biggs of the Chicago Tribune, Nagy is expected to pursue the man responsible for the Bears 2006 success, current assistant at Notre Dame Harry Hiestand.

Before helping Lovie Smith and the Bears from 2005-2009, he spent eight seasons at Illinois. This would be a great hire since the Bears have two great running backs in Jordan Howard and Tarik Cohen, plus a solid offensive line.