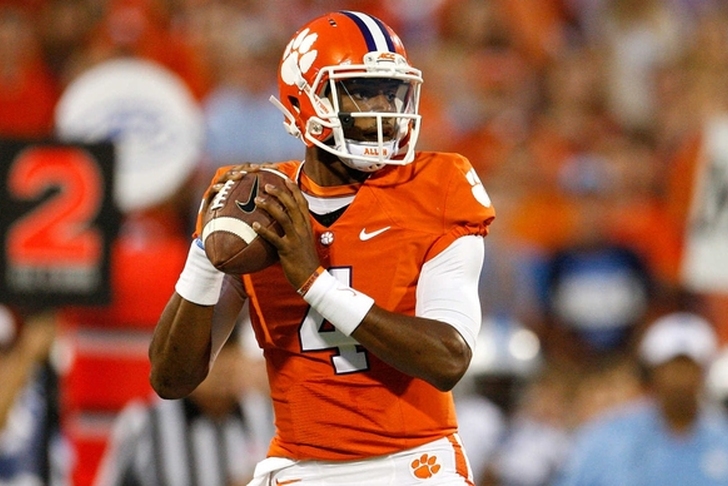 NFL free agency is well under way and the Chicago Bears have been one of the more active teams. They made several moves in the first week and aren't done yet. Plus, they've got a top three pick in the NFL Draft to play with. Here are the latest Bears news and rumors you need to know.

Bears Add NG John Jenkins
The Bears added veteran defensive lineman John Jenkins to the fold Friday, the team announced. It's a one-year deal for Jenkins, who will serve as the team's backup nose guard behind Eddie Goldman. Jenkins isn't a great player, but he provides cheap, solid depth for the Bears.

If added, Jean-Francois would be a 3-4 DE for the Bears. He has ties to DC Vic Fangio, as they spent time together in San Francisco. He might have been cut from the Redskins for questioning the front office. If the Bears add a reliable rotation option in Jean-Francois, it could help free them up to target a secondary player in the first round.

Chicago Looking At Deshaun Watson?
The Bears did sign Mike Glennon, but there is no guarantee he's franchise option, or even a short-term one. It should be a surprise then that the Bears are looking at other QBs in this year's draft class. At Clemson's Pro Day Thursday, the Bears sent a massive contingent that included head coach John Fox, general manager Ryan Pace, director of player personnel Josh Lucas, offensive coordinator Dowell Loggains and quarterbacks coach Dave Ragone, per the Chicago Tribune. There's much debate about just how good Watson will be in the NFL. No. 3 overall is a reach for Watson, but perhaps the Bears are hoping he falls to them in Round 2.

Follow our Chicago Bears team page for all the latest Bears rumors and news or download the Chat Sports App!