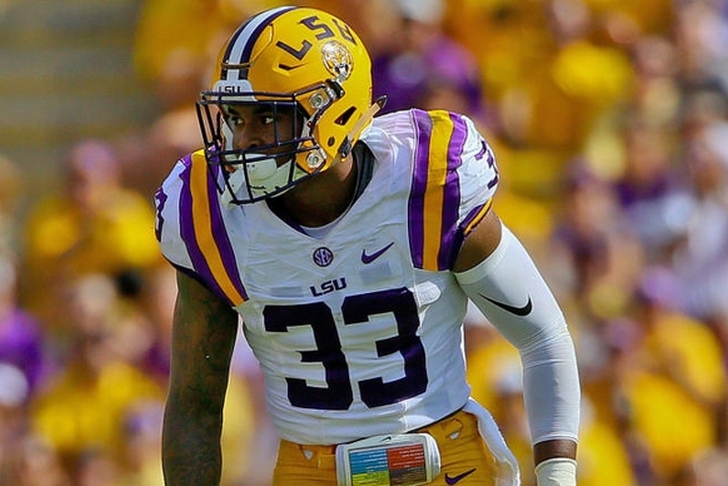 The start of the 2017 NFL Draft is less than three weeks away, and the Chicago Bears are the subject of numerous draft rumors. That's not unexpected given the Bears hold the No. 3 overall pick. But the Bears aren't just conducting draft business, they also released a notable starter today. Here are all the latest Bears news and rumors you need to know.

Jamal Adams At No. 3?
The Bears are expected to go defense at No. 3 overall this year. Among the top options this year is LSU safety Jamal Adams is near the top of the list. Here's what ESPN's Jeff Dickerson wrote when asked about Adams and the Bears.

I do think Adams is a player the Bears consider. Based on what he showed in college, Adams is an excellent tackler with off-the-chart intangibles in terms of leadership – both on the field and inside the locker room. The improved 40-yard dash time should also help him in the pre-draft process. However, since I’m not a scout, I can’t say for certain that Adams’ original 4.56 time in Indianapolis would’ve been a dealbreaker for certain teams. But I think we can all agree that faster is better, especially in the defensive backfield, where the Bears still need help.

Dickerson also adds that Stanford's Solomon Thomas is an option, if he gets past the 49ers at No. 2. Safety Malik Hooker is another potential pick.

Preseason Schedule
The NFL announced the preseason schedule for all 32 teams today and we have the Bears' games listed below. The exact dates for some games aren't out yet.

Tracy Porter Cut
It shouldn't have come as a major surprise, but the Bears cut CB Tracy Porter earlier Monday morning. In fact, it's actually a bit of a surprise it didn't happen sooner.

Porter had no more guaranteed money left in his contract and the Bears signed Marcus Cooper and Prince Amukamara to starter’s money.

Porter didn't play well last year and was being squeezed out of the roster with the additions of Cooper, Amukamara and hopefully the return of Kyle Fuller. Cutting Porter saves the team $3.6 million in cap space.