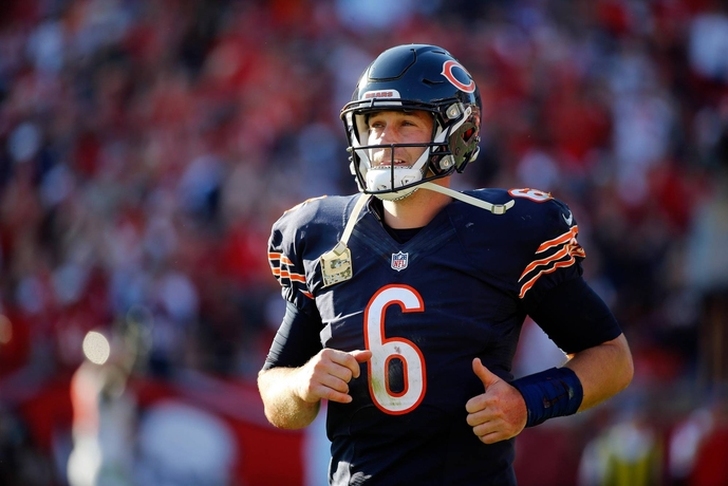 Jay Cutler has been cut by the Chicago Bears after asking for his release, according to ESPN's Adam Schefter. With him now on the open market, the New York Jets have expressed interest in signing him.

Bears are releasing QB Jay Cutler, per sources. Cutler asked for and was granted his release this morning. Now a free agent.

For now, the list of teams with a potential interest in Jay Cutler starts with...the New York Jets.

Chicago was expected to part ways with Cutler this offseason, and it was only a matter of time after they agreed to sign Mike Glennon to a three-year, $45 million deal. Glennon would've gone into the season as Chicago's starter even if Cutler was still on the roster.

New York is also in the market for a quarterback, but have missed out on Glennon, Tyrod Taylor and Brian Hoyer - all of whom were targets for them. Now, it appears they have their sights set on Cutler.

Injuries limited Cutler to just five games last season, and he passed for 1,059 yards with four touchdowns and five interceptions.