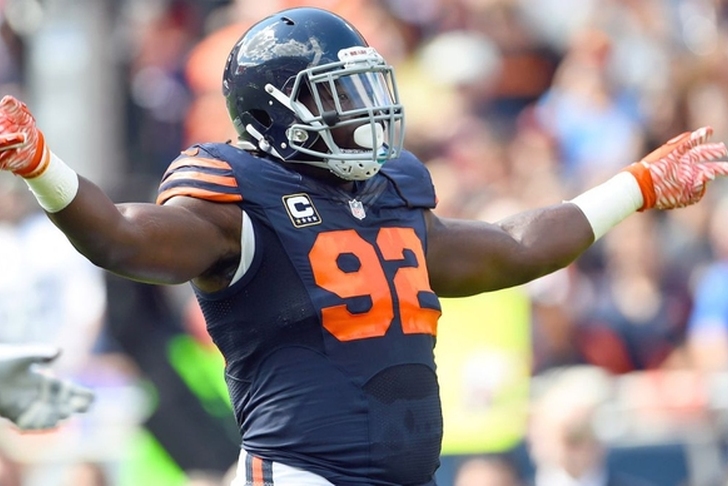 The preseason is starting to wind down for the Chicago Bears, especially with the first set of roster cuts set for Tuesday. The Bears are in a rebuilding year, and the two-deep will likely feature plenty of young players. That makes the roster cuts and the rest of preseason a critical time for the Bears. With that in mind, here are the latest preseason news and notes on the Bears.

Roster Cuts
The Bears had to get their roster down to 75 by 4 p.m. today, and they've done so with a few different moves. Before the deadline, the Bears waived DL Keith Browner, WR Kieran Duncan, WR Derek Keaton, OL John Kling, RB Senorise Perry, WR Darrin Peterson, DB Joel Ross, TE Gannon Sinclair, OL Martin Wallace, FB Darrel Young and LB Jarrett Grace. Young, the FB, is likely among the bigger names of that group. Grace played LB at Notre Dame, while Perry played at Louisville. In addition, LB Lamin Barrow was waived with the injury designation and LB Roy Robertson-Harris was placed the reserve NFI List. Center Hroniss Grasu and QB Connor Shaw were both placed on injured reserve, ending their seasons. The Bears will need to get down to the 53-man roster limit on September 3rd.

Will Pernell McPhee Be Ready For Opener?
It's becoming increasingly unlikely that OLB Pernell McPhee will be ready to play in the Bears' season opener. McPhee is battling knee issues, although the Bears have yet to reveal the exact nature and severity of the problem. But apparently, it's a serious one.

"It’s been a grind since his first day out, busting his tail," OLB Willie Young told ESPN of McPhee’s rehab. "And it’s a credit to him, because to bounce back from any what used to be career-ending injuries is a challenge. But he’s on course, I would say."

Head coach John Fox remains hesitant to give a timetable for McPhee's return. However, placing him on the PUP list remains an option.

"With me, I don’t like putting timelines, but I think he’s closer than he was last week," Fox said. “We’re just going to continue to stretch that out on what he can do, some of the change-of-direction things, which are part of football. But our training staff does an excellent job and when he’s healthy we’ll have him out there."

McPhee posted 10 tackles for loss and five sacks last year. Although the Bears drafted Leonard Floyd, they'd like to have McPhee in the starting lineup.

Zach Miler And Eddie Royal Cleared
In some positive injury news for the Bears, TE Zach Miller and WR Eddie Royal have cleared concussion protocol. It's the first time they've been fully cleared to play in nearly a month.

"We’ve had them out practicing, but we just had them out of contact," Fox said. "So I think their conditioning level is pretty good. I think we’ve got some timing and stuff like that in the passing game that needs to be worked on. But [they’ve] really not been on the shelf, so to speak. They’ve been out practicing."

Miller is the team's starting TE, a role he took from Martellus Bennett during last season. Royal is expected to be the team's slot WR.

Follow our Chicago Bears team page for all the latest Bears news or download the Chat Sports App!