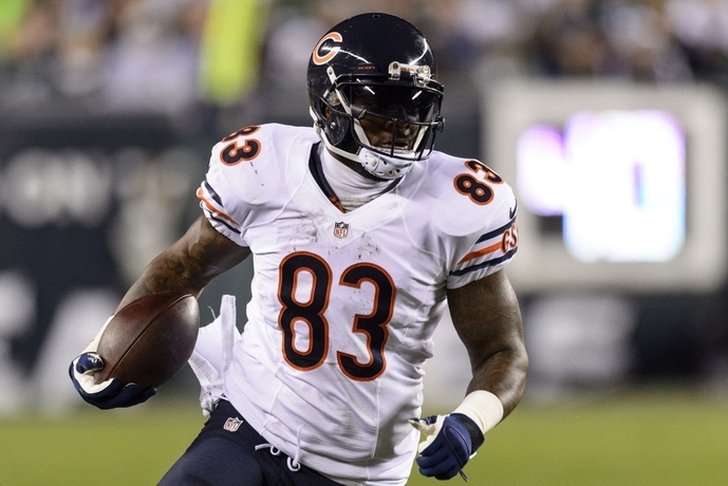 Martellus Bennett's season is over. The Chicago Bears placed the tight end on injured reserve, ending his year. Bennett missed Week 12 with a rib injury, but played last week. He went on IR with a rib issue, so he either reinjured it or suffered a new injury.

Bennett caught 53 passes for 439 yards and five scores this season. Bennett never seemed to mesh with the new coaching staff and lost targets to backup TE Zach Miller. He caught 16 passes for 228 yards and four TDs.

Miller will take over as the team's starting TE with Bennett done for the season. Khari Lee is also on the roster, but has caught just one pass for seven yards this season.

Bennett wasn't happy with his role and voiced his complaints a few times during the season. Bennett's contract will pay him just over $5 million next season, but the Bears could save nearly $4 million by cutting him during the offseason. Next season is the last year of the 28-year old's deal.

To replace Bennett on the active roster, the team signed Rob Housler. He played sparingly for the Browns this season and was with the Cardinals for four years before that.