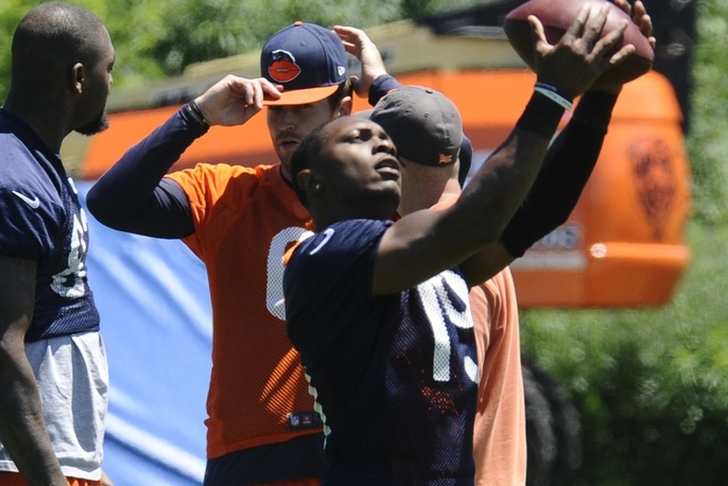 Wide receiver Eddie Royal's first year with the Chicago Bears looks to be a big one. At least that's how fellow wideout Alshon Jeffrey and a handful of others see it after Royal's dazzling display so far in training camp.

Via Dan Wiederer of the Chicago Tribune:

'"Eddie's one of the smartest guys around," Jeffery adds. "He has a knack for this game and a feel for the right places to be at the right times."

"Quarterback Jay Cutler shows similar excitement when he describes Royal's versatility and savvy. Offensive coordinator Adam Gase expresses unabashed optimism when he thinks of all the ways Royal's presence should loosen defenses. General manager Ryan Pace exudes positivity when he considers Royal just might be the offseason acquisition that pays the biggest dividends in 2015."

Even though first-round draft pick Kevin White has garnered the lion's share of the headlines, Royal, 29, has a chance to put together a major breakout campaign in 2015 -- especially with the possibility that White could be sidelined through part of the regular season with a lingering shin injury.