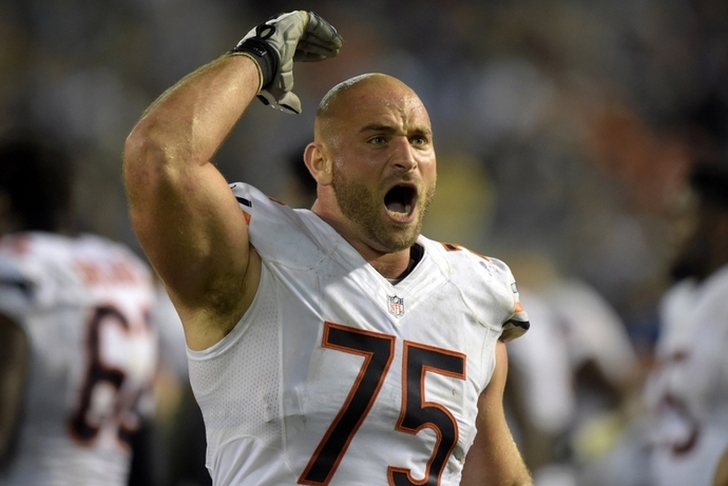 The Chicago Bears are moving offensive lineman Kyle Long to left guard for the upcoming season, according to Brad Biggs of the Chicago Tribune.

The Bears are considering another position change for Kyle Long, but it's not what you might expect.

No, Long isn't moving back to right tackle, and the three-time Pro Bowl selection is not going to play left tackle either. Instead, multiple sources tell the Tribune the Bears are in the process of shifting Long to left guard for the 2017 season to have him swap places with veteran Josh Sitton, who was named to the Pro Bowl as an alternate last year

The depth chart is fluid in May, but in the stretch run of the voluntary offseason workout program, sources maintain this switch appears to be in the works. One source said the move was a topic of discussion shortly after the end of last season. Whether they stick to this plan through the spring and into training camp remains to be seen. The Bears have the maximum 10 OTA dates scheduled through June 9 and will wrap up the offseason with mandatory minicamp June 13-15.

Long played left guard in college, but hasn't played the position in his NFL career. The Bears switched him to right tackle in 2015 before moving him back to right guard last year. This will be the third straight year he has switched positions.

Long is recovering from an ankle injury that limited him to eight games last season. He has started all 55 games in which he has played in his career.