Bears News: Brandon Marshall Says He Was The Only One That Held Jay Cutler Accountable 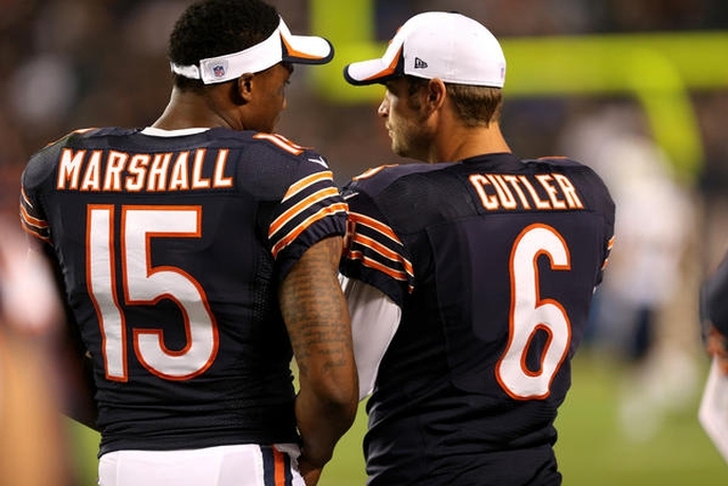 Former Chicago Bears wideout Brandon Marshall talked about his relationship with current Bears QB Jay Cutler on ESPN's First Take on Thursday, and said he was lone persone in the organization that held Cutler accountable:

Marshall and Cutler have played together in Denver and in Chicago, but Marshall went on to say his off-field relationship with Cutler deteriorated during the season.

"We didn't talk much during the year. We still haven't talked," Marshall said. "That is sad. I don't think there is anybody in the league that had more chemistry than us. If we had a slant route, I was going to go in the hole and he would find me. We saw the game the right way. I felt like that is something we could have built on. You throw in Alshon Jeffery, Martellus Bennett, Matt Forte and our offensive line; I just felt the time was now [for the Bears to win]. They got rid of Brian Urlacher and didn't re-sign Brian Urlacher, and they start allocating most of the funds to the offensive side: That is a sign for me it is on us to lead the way. I felt like we didn't do that."