Bears News: 3 Things We Learned From Training Camp This Week 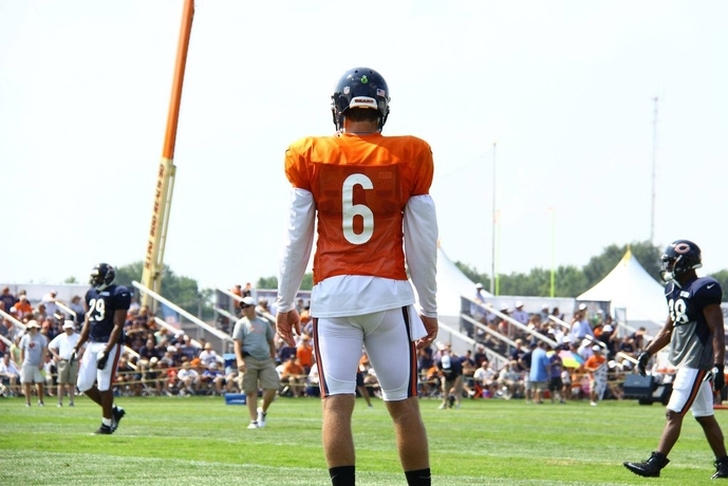 NFL training camps have wound down around the nation and we're starting to get a glimpse at just how rosters are going to shake out when Week 1 kicks off in just under two weeks. What's the story for the Chicago Bears right now? Here's 3 Things We Learned From Chicago Bears Training Camp This Week.

1. The Offensive Line Is A Question Mark

The entire O-line has been shaky for long stretches of training camp, and that manifested itself with inconsistent blocking and 12 penalties for 117 yards in the team's 21-10 loss to the Cincinnati Bengals on Saturday.

“We were killing ourselves with penalties,” starting QB Jay Cutler said, per ChicagoBears.com's Larry Mayer. “We had second-and-long. We had third-and-long. We were making it tough on [offensive coordinator] Adam [Gase]. It’s hard to dial up plays at that point. Offensively, we’ve got a lot of room for improvement.”

Cutler had a long stretch in the beginning of camp where he didn't throw an interception. While that changed as August went on, Cutler looks refreshed and extremely focused despite waves of criticism being directed his way.

3. Jared Allen Is Comfortable At Outside Linebacker In The 3-4

The veteran has moved to outside linebacker in the Bears' new 3-4 defense, and he's looked like a natural fit in that slot both against the pass and coming from a different angle against the run. He's been adept, both in camp and the preseason, setting the edge for the defense. If he can carry that over to the regular season, Chicago's front seven will be able to lean on him for long stretches.