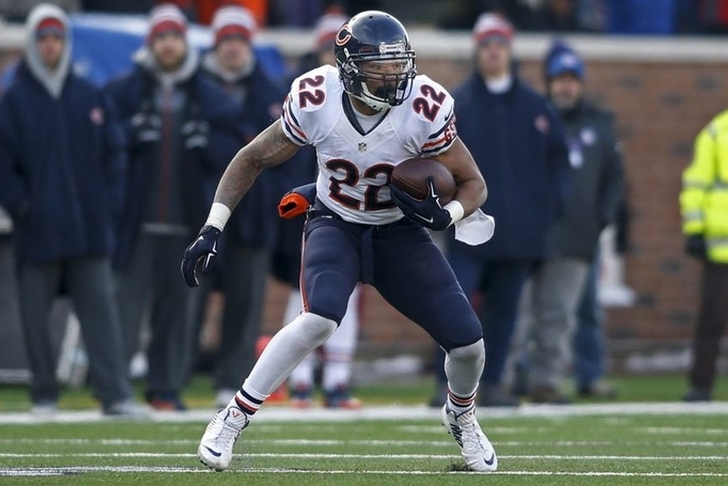 Matt Forte has missed the last two games for the Chicago Bears and the latest news regarding his injury status is that he was held out of practice Thursday. Forte is battling a sprained MCL in his right knee.

"We went inside on the turf, so that wouldn’t be beneficial right now," Forte said. "I’m taking it day by day. But yesterday went well. Went outside in individual, was basically running routes, catching, doing stuff regular, and didn’t have any pain. I’ve just got to get, basically, get the swelling out of my knee now."

It's unclear whether Forte will be able to play against the Denver Broncos Saturday. Part of the issue is that the Bears have a short turnaround and play again on Thanksgiving.

"It just depends on really how you feel and how this knee is healing up at that point," Forte said. "Because say I play Sunday and get banged up a little bit. Thursday is really quick, a real quick turnaround."

Forte was in the midst of a great season, before going down. In seven games, Forte had racked up 548 yards and 2 scores on 136 carries. He also added 25 catches for 219 yards and a touchdown in the passing game.

The Bears haven't exactly missed Forte, thanks to backup Jeremy Langford. He's received two starts in place of Forte and has played great. He's recorded 145 yards and two TDs on 38 carries. He's been a threat through the air as well, catching 10 passes for 179 yards and a score.