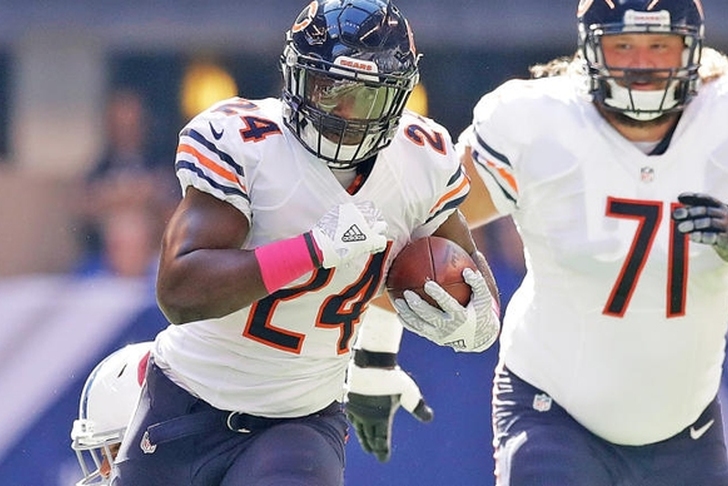 In what appeared to be a very lopsided game on paper, the Chicago Bears pulled off one of the biggest upsets of the season to this point with a 20-10 win over the Minnesota Vikings.

The Vikings came into this game with the best defense in the NFL, but they were shredded by running back Jordan Howard and the Bears offense, who were boosted by the return of Jay Cutler. Chicago finished the game with 403 total yards, which is the most the Vikings have given up this season.

After two early drives ended in field goals, the Bears took a commanding 13-0 lead on a two-yard touchdown run from Howard:

The Vikings would add a field goal right before halftime, but Chicago put the game out of reach in the third quarter when Jay Cutler hit Alshon Jeffery with this 11-yard TD pass.

The touchdown was Jeffery's first of the season, and made the score 20-3. Minnesota added a late touchdown on a 25-yard pass from Sam Bradford to Stefon Diggs in the final six minutes, but didn't get the ball back after.

Howard finished with 153 rushing yards, 49 receiving yards and that touchdown, making him the youngest player in Bears history with 200 yards from scrimmage. Cutler finished 20/31 passing for 252 yards and a touchdown.

The victory was only Chicago's second of the season, pushing them to 2-6 on the season. They play the Buccaneers in Tampa Bay next weekend.

For the Vikings, this is their second straight defeat after a 5-0 start. They will try to get their season back on track Sunday at home against the Detroit Lions.