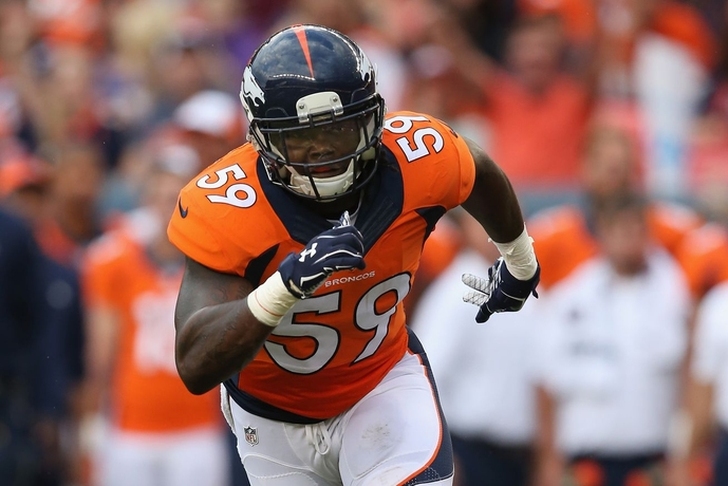 NFL Free Agency starts on March 9th, and the next few days will feature several Chicago Bears rumors. While free agency doesn't officially start until Wednesday, the league has "legal tampering" days leading up to the start of the new team year, meaning teams can discuss contracts with any player - although a deal can't be signed until Wednesday. With that in mind, here are a few of the more interesting rumors and news tidbits on the Bears.

John Fox hoping to lure Trevathan to Bears
Bears head coach John Fox is hoping his relationship with Broncos linebacker Danny Trevathan is enough to bring the star linebacker to Chicago, according to the Denver Post's Troy Renck:

#Bears clear favorite, as I said earlier, to land Trevathan. He predicted as much during Super Bowl week.

Trevathan had 109 tackles and two interceptions for the Broncos last year.

Forte could sign with the Packers
In what would be a nightmare for Bears fans everywhere, the Green Bay Packers have expressed interest in free agent running back Matt Forte, reports ESPN's Adam Schefter.

Chicago released Forte earlier this offseason after he recorded 898 rushing yards and four touchdowns on 218 carries in 2015.

Bears among the multiple teams to have expressed interest in former Saints/Patriots DE Akiem Hicks.

Hicks had 23 tackles and two sacks with the Saints and Patriots last season.