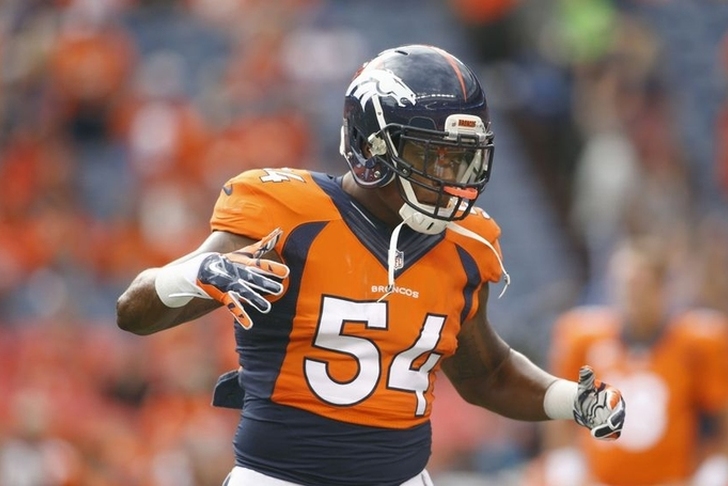 NFL Free Agency starts on March 9th, and the next few days will feature several Chicago Bears rumors. While free agency doesn't officially start until Wednesday, Monday and Tuesday are "legal tampering" days. That means teams can discuss contracts with any player, although a deal can't be signed until Wednesday. With that in mind, here are a few of the more interesting rumors and news tidbits on the Bears.

Robinson is fresh off a strong season, so the interest from teams isn't much of a surprise. How much he'll actually get, however, is unknown.

Chicago And Akiem Hicks?
The Bears need defensive line help and one player they could target is Patriots DL Akiem Hicks, reports ESPN.

"One team I’m keeping an eye on in regards to Hicks is Chicago, where general manager Ryan Pace has a background with him from their time together with the New Orleans Saints (2012-14). Defensive tackle also rates highly on the Bears’ needs list."

Hicks is one of the few notable Patriots free agents this offseason, and they'll want to bring him back. However the Bears have plenty of cap space and should be able to win any bidding war.

Bears Interested In Broncos LB Brandon Marshall?
No, not the former Bears WR. This is about restricted free agent LB Brandon Marshall, whom the Broncos placed a second-round tender on this week. That means the Broncos can match any offer Marshall receives, and they'd get a second round pick in return if they don't. Teams will be interested in Marshall.

@wingoz John Fox with Bears likely to be interested as well, and Packers

The Bears' interest makes sense, as they have a need at linebacker and Marshall is one of the better young ones in the NFL. Plus, former Broncos head coach John Fox is in charge in Chicago. However, there is no guarantee the Bears will want to give up a second rounder.