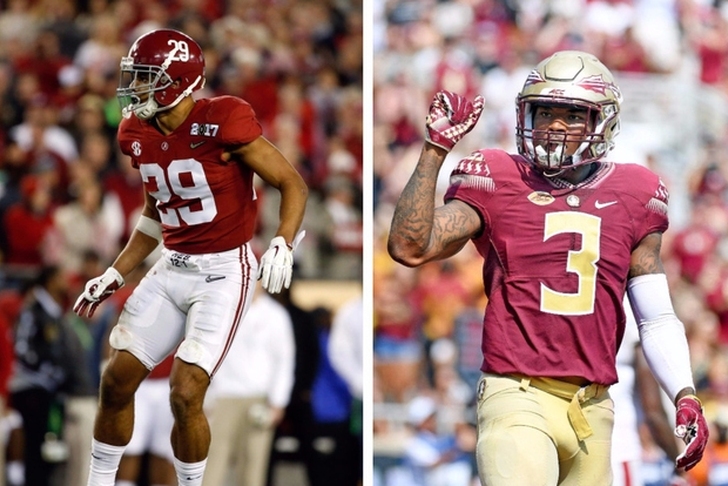 The Chicago Bears are expected to use the No. 8 overall pick in the draft to help bolster their defense and appear to be targeting two do-it-all safeties with the selection, according to Adam L Jahns of the Chicago Sun-Times.

That’s why Alabama’s Minkah Fitzpatrick and Florida State’s Derwin James — the two best safeties in the draft — have the Bears’ full attention for the first round.

The Bears might have found a fourth-round gem last year in Eddie Jackson, who played with Fitzpatrick at Alabama. But before the Bears traded up to draft Jackson in the fourth round, they had LSU’s Jamal Adams high on their draft board.

Some evaluators think Fitzpatrick and James belong in the same conversation as Adams, though they might lack some of Adams’ intangibles. On the field, they’re more than safeties. Envision players who can match up with new Packers tight end Jimmy Graham, cover Vikings running back Dalvin Cook out of the backfield, chase down Lions quarterback Matthew Stafford off the edge and even handle snaps at cornerback, if necessary.

Even if they draft a safety, Chicago plans to keep Adrian Amos - and both James and Fitzpatrick are capable of playing positions other than safety.

However, Chicago took Penn State running back Saquon Barkley with the No. 8 pick in Chat Sports' journalist-led mock draft. Fitzpatrick went No. 4 overall to the Cleveland Browns and James went No. 9 overall to the San Francisco 49ers.